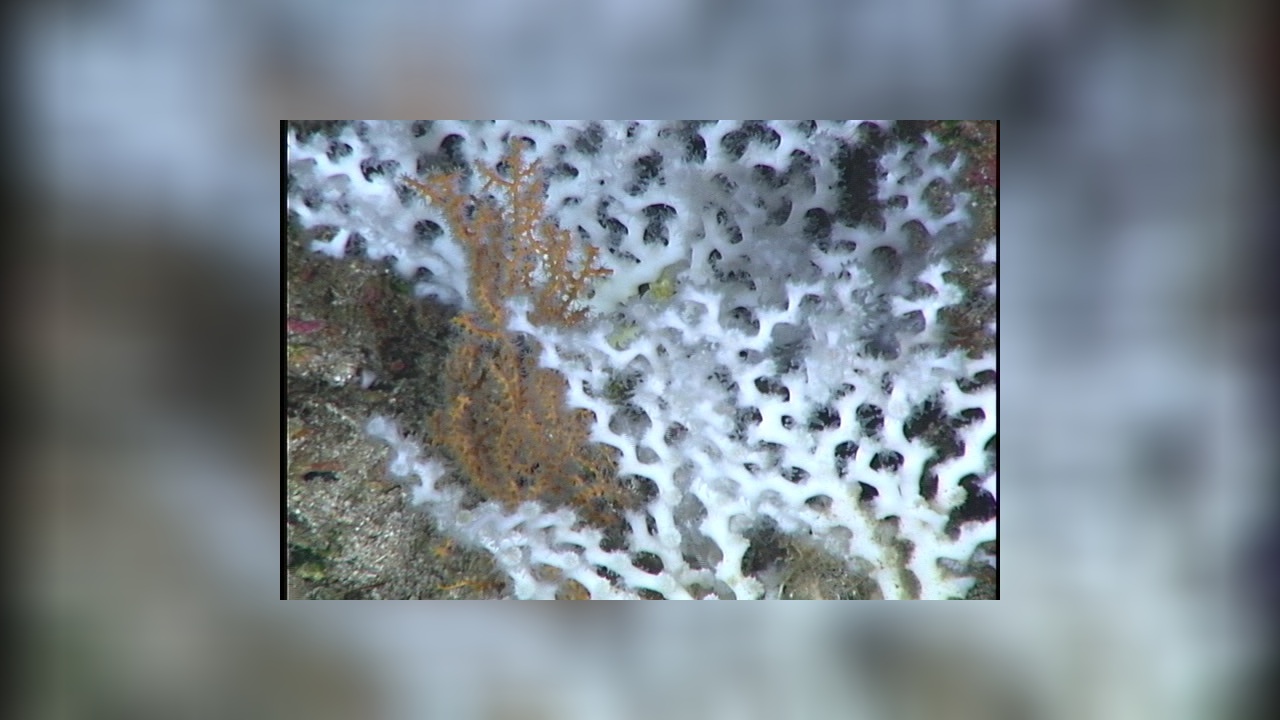 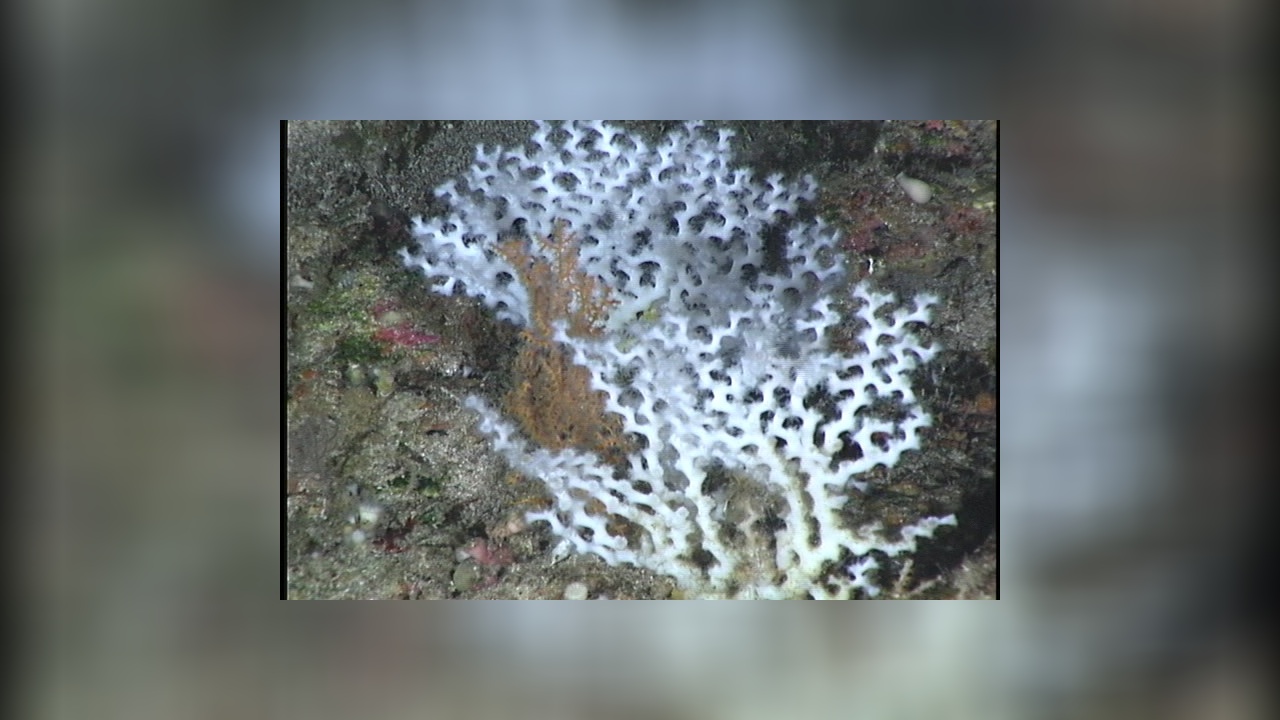 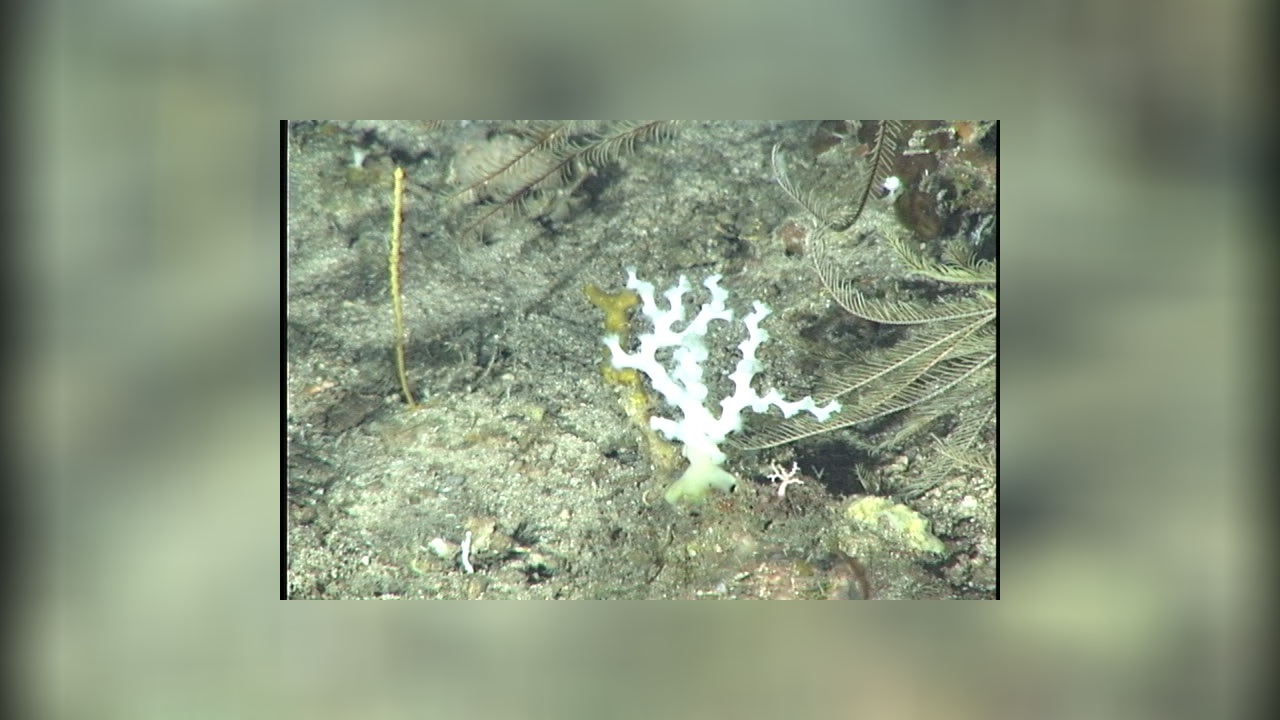 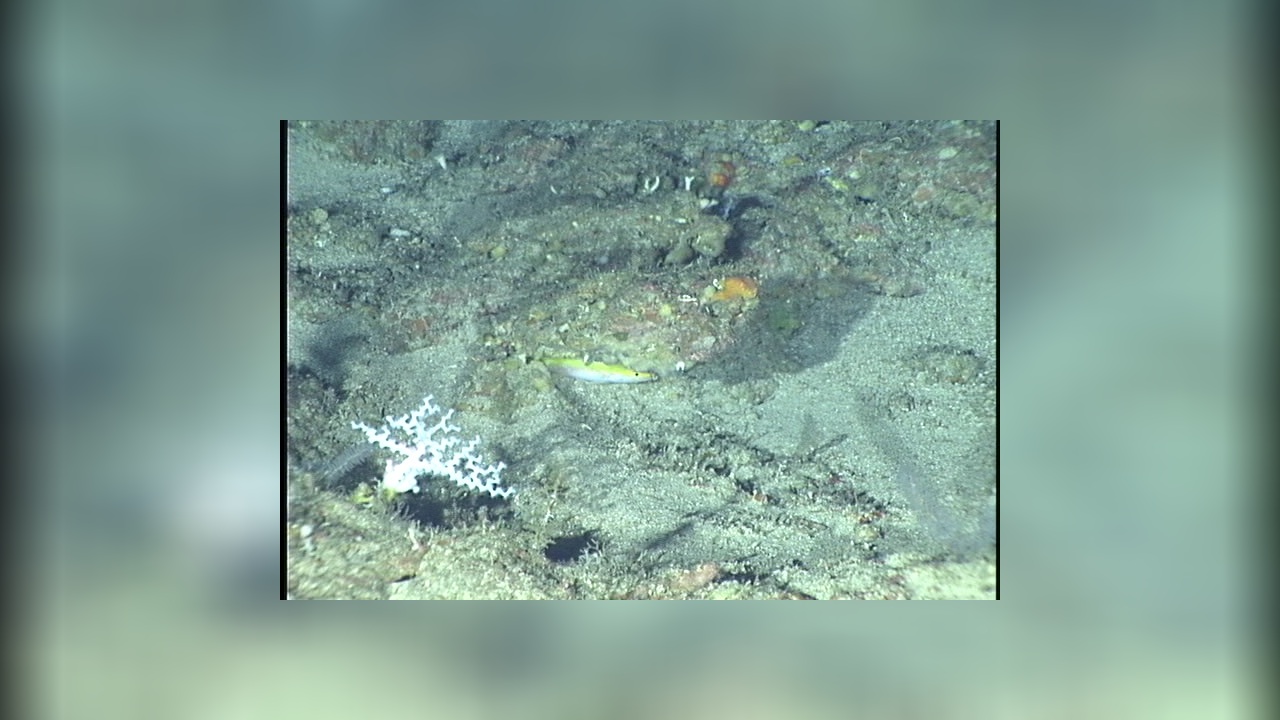 Very special thanks for the photos of Oculina tenella to Dr. Walt Jaap, USA.
Dr. Jaap has taken these photos with the submersible "DeepWorker" at the Pulley Ridge Reef in the Strait of Florida, eastern Gulf of Mexico, in a depth of 70 to 90 meters.
Pulley Ridge is a mesophotic reef system in the Straits of Florida area.

Oculina tenella is an azooxanthellate coral, a coral which does not have symbiotic zooxanthellae in its tissues.
The Delicate Ivory Bush Coral, an endemic species, is ahermatypic und one of the less common corals in the Gulf of Mexico off the south-west coast of Florida.

Pulley Ridge (eastern Gulf of Mexico) is composed of coastal carbonate deposits; it is approximately 300 km long (24° 40’N to 26° 40’ N), north-south alignment, width is up to 15 km wide; depth ranges from 60 to 90 m. It was named in the 1950s after the famous malacologist E.T. Pulley. Recent expeditions to the area employing modern seismic tools, ROVs, submersibles, towed camera sleds, and mixed gas diving have revealed a unique reef system. The southernmost 30 km is a drowned barrier island, including dunes, spits, tidal inlets, and cat’s eye ponds. The island became a submerged shoal following rising sea level caused by glacial melting. After flooding, the shoal was colonized by corals and other reef organisms. Seismic data indicate that the coral structure atop the shoal is 1 to 2 m thick, formed at about 6 to 14 KY; vertical growth rate is estimated at 14 cm/KY (see Mallinson et al., Marine Geology 199 (2003) 45-63 for details on the geology).
Although the southern portion of Pulley Ridge is a somewhat unique coral reef system, there are similarities to deeper (+60 m) reefs and banks in Jamaica, Bahamas, Belize, and off Texas. Autotrophic organisms (coralline and green algae, and zooxanthellate corals) are very common in the southern 30 km of Pulley Ridge, while to the north, it is composed of rocky outcrops colonized by heterotrophic organisms (sponges, octocorals, azooxanthellate solitary and colonial Scleractinia, and crinoids). The southern area is considered the deepest zooxanthellate coral reef on the continental shelf of North America. Photosynthetic Active Radiation (PAR) reaching the reef was 5 to 30 microEinsteins/m2 sec-1; one to five percent of the surface PAR. In this very low illumination, autotrophic organisms flourish including several species of crustose coralline algae encrusting rocks and gravel plus the leafy green alga (Anadyomene menziesii). This alga was very abundant during DeepWorker submersible investigations. The sunray lettuce coral (Leptoseris cucullata) is the most commonly seen of the zooxanthellate Scleractinia. In many cases the reef structure is composed of multiple layers of L. cucullata and other lettuce coral species (genus Agaricia), it resembles stacks of potato chips. Coral laminations are loosely connected and easily moved; we observed grouper, moving the stack to find refuge. There are at least seven species of zooxanthellate Scleractinia on Pulley Ridge. Cover analysis based on 1000 photos from 14 towed SeaBoss photo transects reported that coralline algae contributed 5 to 43% of benthic cover, the green alga Anadyomene menziesii provided 0.3 to 24% of cover, and zooxanthellate Scleractinia (mostly Agariciidae) were responsible for 0 to 23% of cover (Hine et al., Coral Reefs, Present and Past, on the West Florida Shelf and Platform Margin, in press, Springer, in United States Coral Reefs).

As previously mentioned, the vast majority of Pulley Ridge is composed of rock features, some with steep escarpment faces that suggest they were formed by erosion. There are numerous undercut ledges typical of the eastern Gulf of Mexico shallow hard bottom communities. These ledges and depression features provide refuges for fish. The tops of the ridge are colonized by Ellisellid and and Nicellid octocorals (sea fans and sea plumes). The ledge promontories had moderately strong bottom currents. We observed that the down current sides of the structures attracted multitudes of small fish and attached invertebrates that were foraging on the plankton carried in the currents. Sponges, crinoids, azooxanthellate solitary Scleractinia were sparsely distributed on the rocky horizontal surfaces. Oculina tennela (a azooxnthellate colonial scleractinian coral) was moderately common as were stylasterine hydrocorals.

Pulley Ridge is a significant commercial fishing area. Grouper, snapper, and amberjack are the focus of this fishing. The reef structure and resident fauna provide refuge and food for higher trophic level fish. There are approximately 90 species of fish; shallow and deep reef species are represented in the fauna.

Pulley Ridge has not suffered from major disturbances either natural or anthropogenic. The remoteness and depth offer natural protection. Southern Pulley Ridge reef is susceptible to degradation due to its fragile structure. If illegal anchoring, traps, or trawls were used on the southern reef area, the structure would collapse. Because of the extremely low levels of light and coincident reef growth rates, recovery would be very