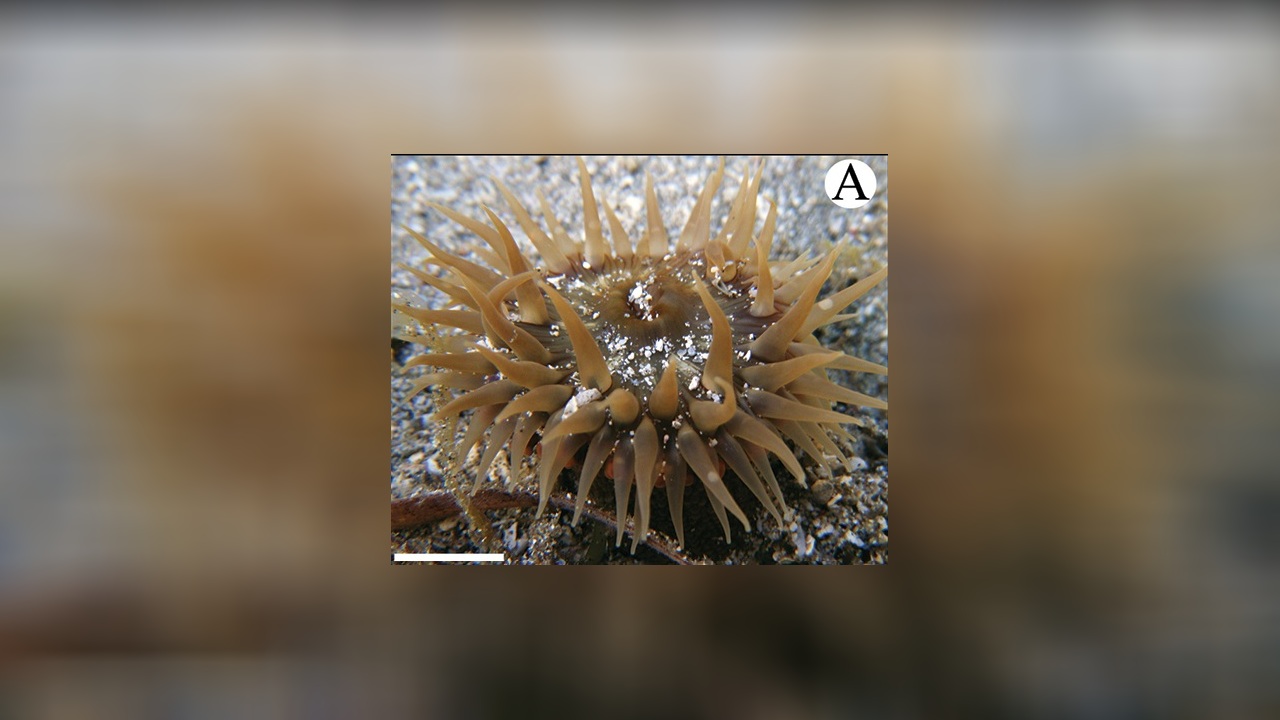 Originally, the sea anemone Bunodosoma cavernatum originated in the waters and the Caroline archipelago, Micronesia, but has now reached the West Atlantic (east coast of the USA, Canada, Gulf of Mexico and parts of the Caribbean).

Despite bridging the gigantic distance of more than 3,300 kilometres as the crow flies, Bunodosoma cavernatum is not listed as an invasive species by the Global Invasive Species Database, which suggests that it is transported in ballast water tanks or on ship hulls or similar.

Fully expanded specimens of Bunodosoma cavernatum reach a diameter of 2.0~3.8cm, of which the mouth disc reaches about 1.0 - 2.2 cm in diameter.
The mouth disc is smooth, brown-yellowish, brown-reddish or pale olive green, sometimes with white or yellowish radial stripes in the spaces of the first two or three tentacle cycles.
The approximately 96 tentacles are arranged in five cycles smooth, simple, conical, moderately long (3-5 mm length) and distally tapered, the inner tentacles are longer than the outer ones, all are contractile, olive green, reddish or pale orange, often with white or yellowish spots on the mouth side and sometimes with violet stripes.

Although the anemone has entered a symbiosis with energy-providing zooxanthellae, it is considered to be a carnivore par excellence, capturing any suitable large zooplankton with its tentacles.

Note:
The distinction between Bunodosoma sphaerulatum and Bunodosoma kuekenthali and their Caribbean conspecifics is not clear on the basis of the information available.
Quote: Sea anemones (Cnidaria, Anthozoa, Actiniaria) from coral reefs in the southern Gulf of Mexico